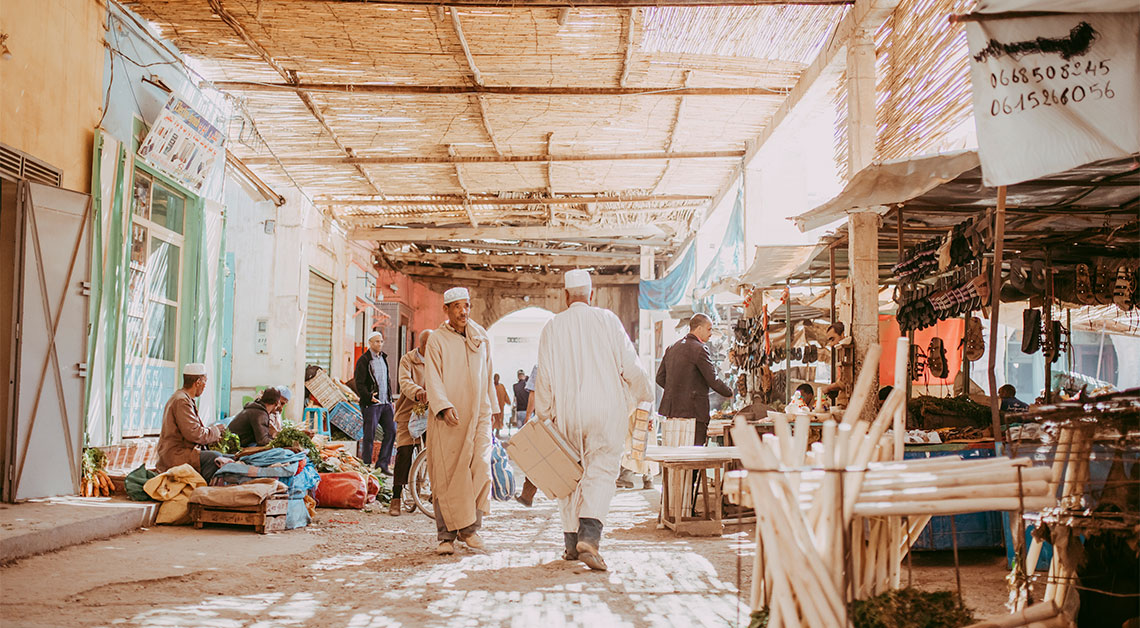 The Must-Sees in Morocco: 7 Things You Need to Visit No Matter What

Hello dear traveler, if you’re looking for a guide that lets you know what to visit in Morocco, you’ve come to the right place.

You already know we love this country in its entirety and choosing the top places for you to visit is really hard for us.

For solving this dilemma of what to do in Morocco without a feeling of treason, we’ve aimed to choose the essentials; those places that we’d like to show everyone when we talk about these lands and what you can see in a two-week stay.

Let’s cut to the chase, there’s a lot to unpack here.

What to Visit in Morocco: Top 7 Must-Sees

We start our journey by the multiple destinations that need to be visited with one city that is usually left out by other travel guides: Casablanca.

Then, why is it here?

The reason is literally huge: it has the second largest mosque in the world, just exceeded in size by the one in Mecca and it can hold up to 10.000 believers!

The Hassan II Mosque is the only one that allows non-Muslim visitors and its atmosphere will give you goosebumps.

That magic also has to do with its incredible location by the sea and the whopping 210-meter-tall minaret.

In our list of places to visit in Morocco, Marrakech had to be there; it’s not in vain that we include it in all of our tours, whether they’re short or long.

Where to begin with this overwhelming city that captivates everyone that puts a foot in it?

Just taking a walk in this city it’s a spectacle.

You can soak up of Marrakech by merging in the chaos of its medina, put your bargain skills to the test in one of their bazaars and watch the sunset with a cup of tea in your hand.

That wander surrounded by sounds, colors and scents gets engraved in your memory and no matter what you need to take a walk on both the Jemaa-el-Fna plaza and the Ben Youssef Madrasa, where you can feel an environment of spirituality.

After two large cities, we proceed with some nature that needs to be visited in Morocco, which is very diverse.

How about taking a bath?

As incredible as it seems, only two hours away going south from Marrakech you can find one of the most impressive green areas available in Morocco full with waterfalls and its pools.

Ouzoud falls are the largest waterfalls in North Africa; with leaps of water of 110 meters of height that you can surround thanks to a refreshing hike that allows you to experience the sound of water and its micro-drops.

Watch out, it’s pretty common to find monkeys in this area. If you’re not used to surrounding yourself by these creatures you may be surprised when you see them so up close.

This ksar (a ksar is a fortified village made of clay inhabited by Berbers) it’s the most amazing to visit in Morocco and it’s also considered a World Heritage Site by UNESCO.

The fortification seems like a decoration but there are local families that still live in the houses made of adobe within its walls.

Living and coexisting with all the movies and series that had been filmed there, its unique buildings have been the stage for productions like Lawrence of Arabia, Gladiator and Game of Thrones.

Talking a walk like a true Khaleesi (the legendary princess of Game of Trones) through the streets and going up to the kasbah that tops the village is a bath of exoticism that we strongly recommend if you come to Morocco. It teleports you to a different era.

Aït-Ben-Haddou isn’t the only one in the country, by no means.

In fact, there are so many that there’s a route called the Route of a Thousand Kasbahs, which is our next must-see in Morocco.

# 5 The Route of a Thousand Kashabs

The Route of a Thousand Kashabs it’s also included in our travel guides of unforgettable places in Morocco.

Not all of it, of course, because that would require an amount of time only available for a few lucky people.

The Route of a Thousand Kasbahs goes through a great portion of Dadès Gorges and the Valley of the Roses and has amazing landscapes.

The Kasbahs are like castles build out of clay which provides them with a reddish color so unique that blends into the landscape and makes their shape a spectacle to the sight even if viewed from far away.

These square-plan buildings with crenellated fortified towers in the corners were originally built for surveillance, defense and protection from enemies and adversities at the time.

Confusion stay back. The most prominent difference can be explained in a simple way, a ksar it’s a fortified facility that may include several kashabs, among other buildings. Similar to Medieval cities, you know

# 6 Erg Chebbi, The King of Deserts in Morocco

Now we have arrived to our favorite activity in this list of things to do and see in Morocco, of course!

The Great Desert of Erg Chebbi, aka “The Sea of Dunes”, it’s a must by all standards.

It’s the desert with the most impressive golden dunes across the whole country with a height of 50 meters, breathtaking!

Like we’ve told you before in other posts of our Morocco blog, you need to look out in the desert because you could be easily hooked by its light, silence and magic.

Watch the sunset on top of a camel, hit the gas of a four-wheeler on the sand or going hiking surrounded by the dunes will merge you with the Sahara Desert and you’ll explore rare places; it’s one of those experiences where you challenge yourself but at the end of day it fills you with emotion.

Not to mention the fact of sleeping in the desert under a million stars that blink at the vast sky; spending a night in Erg Chebbi changes your perception of space and silence, we promise.

We couldn’t finish this must-visit top without including Fez.

Fez is similar to other big cities in Morocco like Marrakech, there are a billion things to do and to visit but the best call is to wander around and soak up with its environment, colors, bazaars and traditions.

Staying in a classic riad with a patio and its fonts, having a nice dish of couscous and filling yourself up with a tea that’s unique in the world are some of the tributes you need to have in your journey through Moroccan lands.

The most impressive thing about Fez is its medina, which probably the most sumptuous in the whole planet. Meaning, it’s a complex labyrinth in which you’ll probably feel lost most of the time but suddenly you figure the way out as if by magic.

Other thing we find very bona fide is the process of elaborating leather in Chouwara’s tannery also called The Tannerses’ Square of Fez; thousands of trenches flooded with dyes where the leather is treated are a festival of colors (and smells too) that could be hard to process to the foreign eye.

For all these charms is that we decided to include this imperial city in many of our tours through the country; we know several routes with itineraries like the back of our hand and we’d gladly take you to explore the best of Morocco comfortably while your only worry is nothing but enjoying yourself.

Just like Fez, we’ll take you to all the places you can visit in Morocco with closed itineraries or we can build one personalized just for you.

All you have to do is tell us how many days you’re planning on staying, what would you like to see in Morocco and we’ll do the rest. There’s nothing better than planning a dream vacation so you can fall in love of Morocco as well.

So, are you in or what? Do you dare to discover what Morocco has to offer you? 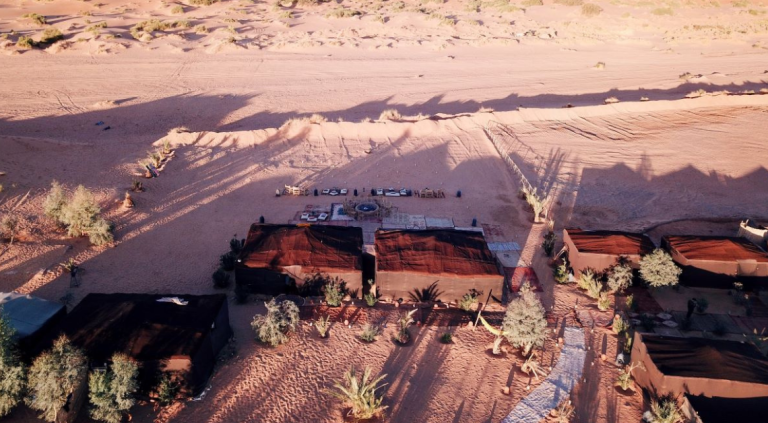 How to book Kam Kam Dunes 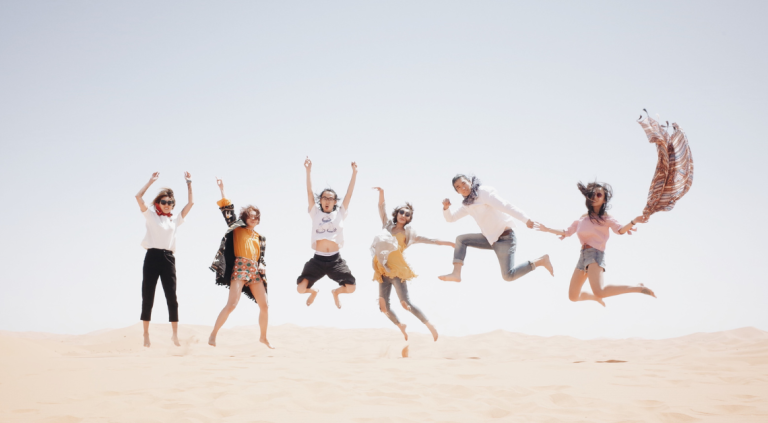 How much does it cost to travel to Morocco? 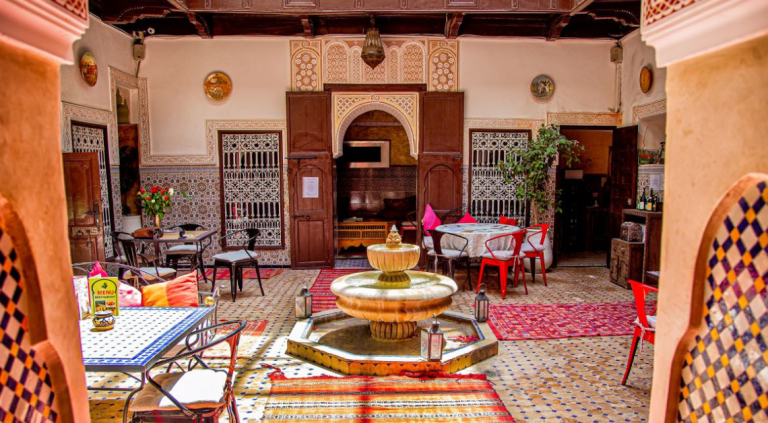