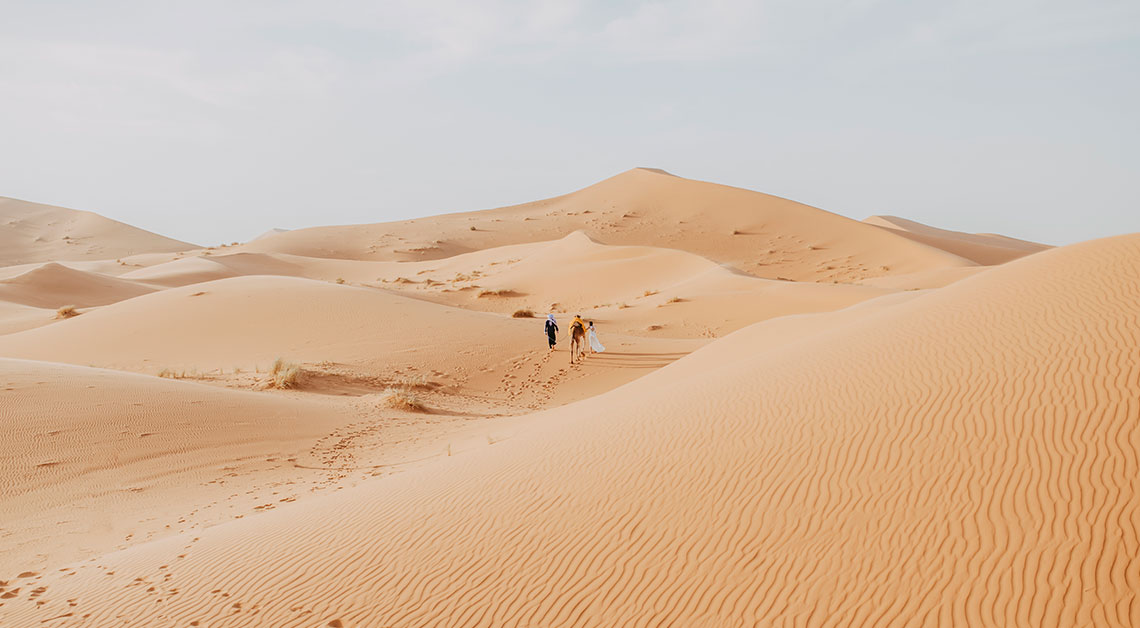 Which desert should you visit in Morocco? There are so many to choose from!

If you’re travelling to Morocco, visiting the desert is a must if you want to be a traveler worth your salt.

There’s also the question of what else you want to see on a trip to Morocco.

Well, don’t panic. We’re going to help you decide which desert to see in Morocco, because we sure know a bit about that!

Get your passport renewed, we’re on our way.

How to get to the desert in Morocco

This is an important point because, as you can imagine, getting to any desert is tricky.

3. What most people do is fly to Marrakech and from there hire a car to drive to the desert of their choice. If you, like most people, have their hands tied when it comes to times and dates then this just might be the fastest way to get there.

Another option, if you have the opportunity to make a big trip of 3 weeks or more, you could make your way by embarking your car in a Ferry.

When you drive yourself, the main advantage is that you can go at your own pace and there is room to improvise along the way. At the end of the day, a trip to the desert is an experiential trip that you can take as a “slow travel” journey to get away from the routine with a bit of adventure.

If you don’t like driving or simply don’t want to worry about renting a car, don’t worry: we’ll take you there and back while you look out the window at your own leisure, because there’s plenty to see no matter which desert you choose.

As well as being able to stay in one of Kam Kam Dunes’ en-suite tents, we have tours all around the country for you to enjoy all that Morocco has to offer. Including the desert, our speciality.

Another option is to make the journey from Marrakech to the desert by bus, but this is a more cumbersome alternative. Frankly, we don’t recommend it.

Before we look at your options, let’s talk a little about the desert in general and the Sahara in particular.

There are many types of desert and our image of it is usually quite narrow.

We think of the desert as a sea of giant sand dunes as far as the eye can see. But that is only part of it.

What is clear is that in desert areas it rains very little.

That’s why, in addition to dunes, there are rocky areas that look more like the moon than anything else.

In a desert as big as the Sahara (the largest hot desert in the world, in fact) we have everything on its way through the country.

The Moroccan deserts we are going to tell you about are part of it.

But first, be careful: there are two main types of terrain that you can find and that you need to know in order to decide which desert to see in Morocco.

Take note of these two concepts:

• Hammada is that kind of arid terrain that has no sand but rocks.
• Erg is the name given to the large sand dunes.

Speaking of which, it’s time to tell you what you need to know to decide where to set off on your Moroccan desert adventure.

Let’s go to the point:

Let’s start by knowing where this desert is located: the nearest city is Marrakech, and from there you’ll be in the desert in 2 hours.

Its main advantage is that it’s close to Morocco’s most famous city and where most of us fly.

But don’t expect sand here, because it’s a barren, lunar-like plateau where you scratch that itch of wanting to sleep in the desert whilst under a beautiful starry night sky.

If you’re looking for an authentic desert experience, it’s not the best option.

On the other hand, if you’re short on time and you’re going to Marrakech, it’s a great place to stay. There´s no better way to put it.

In the Agafay desert there are many options to spend the night comfortably thanks to its proximity to Marrakech.

To find your way around: the reference towns in Erg Chigaga are Zagora and M’Hammid, about 360km from Marrakech.

In this area, the question of the dunes is a bit more important. It’s not the most spectacular desert in Morocco, but it’s not bad.

In fact, the desert in Zagora is not a dune system as such, but rather a combination of dunes and rocky expanses.

If you want to see the most important dunes in this desert, you’ll have to go 100km further south to M’Hammid.

Although the dunes in Erg Chigaga are not as big or as golden as in Erg Chebbi (the next on the list), they are a good option if you’re rather short on time and are dying to see the Moroccan desert.

What you should know is that the largest part of the sandy area is about 50km from M’Hammid and can only be reached by 4×4, which makes accommodation in dune-side camps expensive.

And so, we come to the hot spot on this route to decide which desert to see in Morocco.

Let the drums roll, because we have reached the most important Moroccan desert.

It’s not just us who say so: its dunes of up to 150 metres and everyone who has ever been here can vouch for it.

Let’s start by situating ourselves: the closest town to Erg Chebbi, and therefore to our camp, is Merzouga.

From Marrakech to Merzouga there is about 550 kilometres, which is about 10 hours by car. Our recommendation is to make at least one stop along the way.

In fact, we advise you to take two or three days to get from Marrakech to Merzouga, because on the way you will see places that will amaze you.

On your journey, put the marvellous Kasbah of Ait Ben Hadu or the Dadès Gorges on your itinerary. It´s a pure spectacle.

If what you are looking for is a desert of imposing dunes where the concept of space and time is like something from another galaxy, Erg Chebbi is the place for you.

To experience the magic of Erg Chebbi at all hours of the day, with its stunning reddish sunrises and sunsets, sleeping in a bivouac like Kam Kam Dunes is the best way to go.

Ourzazate, “The Doorway to the Desert”

To finish helping you decide which Moroccan desert to travel to, we have to mention Ouarzazate, also known as “The Doorway to the Desert” and the Hollywood of Africa.

You’ve probably heard of this place because its kasbahs have been the setting for famous films and series such as Lawrence of Arabia, Star Wars and Game of Thrones.

It is certainly a site worth visiting on your trip to Morocco and we include it in our tours. But don’t expect to see dunes there, don’t be confused by its name.

What is clear is that no matter where you go in the Moroccan desert, sleeping under this sky is an experience which goes beyond expectations.

We hope we have shed some light on your decision about which desert to see in Morocco.

And one last thing: just be mindful that the Moroccan desert might get you hooked 😉 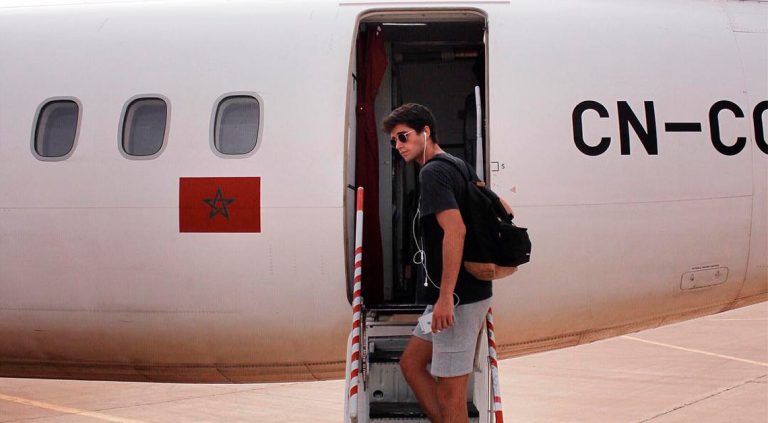 Is it possible to travel to Morocco in 2022? 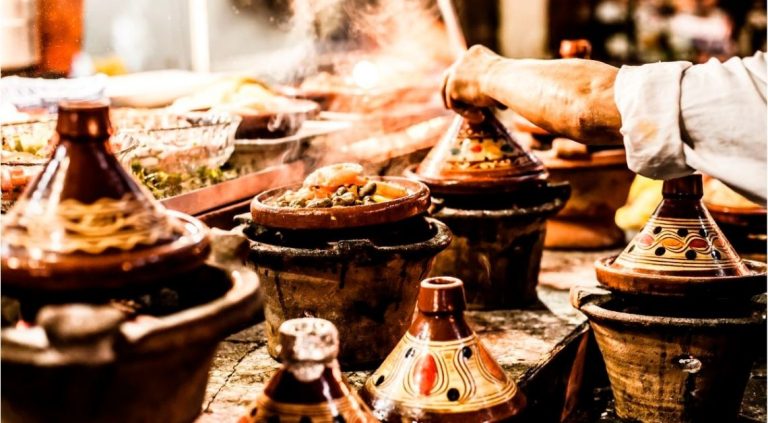 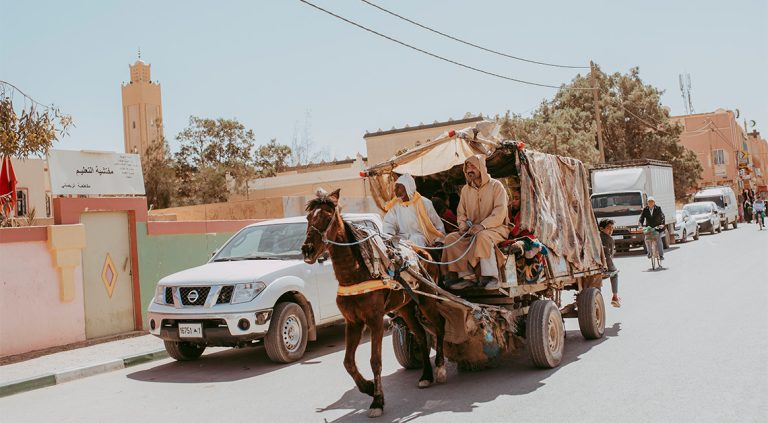 Which Morocco are you interested in visiting? We propose you the essential routes